Beyond Aesthetics: Cosmetic Surgery, Your Health and Self-Esteem

In this particular case, surgeons asked smokers to cease their habit two weeks prior to having a scheduled plastic surgery procedure. It’s a general protocol that ensures the safest operation possible. Researchers then tracked smoker patients in a long-term follow-up study to see if a mental and physical boost from plastic surgery might impact their ability to quit a harmful addiction.

In fact, the conclusion was that patients who are told to temporarily stop smoking by a plastic surgeon will quit, or at least smoke less, in the years after cosmetic surgery.

A facelift lifts more than cheeks

It’s not surprising, says Dr. Brent J. Smith, who has noted such occurrences over nearly 30 years in facial plastic surgery practice. Patients often report things like a renewed spirit. It’s especially common after facial plastic surgery, in which a prominent part of the body is permanently enhanced. And it’s usually related to a boost in confidence and energy from the aesthetic upgrade that leads to patients adopting healthier lifestyles.

“It makes sense. When you look better, you feel better, and that can lead to meaningful lifestyle changes,” Dr. Smith says. “Often new patients think, wow, it’s fun to feel this way, so they do things like put themselves out there physically and socially.”

One recent email from a Smith Cosmetic Surgery client sums this thinking up perfectly:

“I was just getting ready this morning, but wanted to stop and send this! I look awesome! I am not happy … thrilled is more the word I would use! I feel like I was in a time machine. I probably was … that Michael Jackson thing you all put me in and came out in the 80s minus the big hair! My face gets better every day, even though it was spectacular in a month! … Off to horse show … hat and sunscreen in tow!”

The tone of this communication is undeniable. This patient is confident in her new look; she’s seeing positives; she’s embracing an active lifestyle; and she’s taking precautions to protect her new look—and new life.

By the way, the “time machine” she refers to is a hyperbaric chamber patients use to speed healing after surgery. It’s all part of Dr. Smith’s Rapid Recovery program, which is designed to get facial plastic surgery patients back to their lives as soon as possible.

At our Denver practice, we see and hear stories of healthy lifestyle shifts following facelifts all the time. “When how you look finally matches the energy you knew you had inside, it can give folks a renewed sense of self,” Dr. Smith says. “When they have this new energy, they tend to put it to good, whether that’s by taking better care of themselves or other people in their lives.”

The Smith Cosmetic Surgery staff regularly hears words like “unburdened” to describe the feeling patients have after committing to a cosmetic surgery procedure. It’s often because they’ve been thinking about it for a long time, and finally had the courage to go through with it. Often they say a weight is being lifted from their shoulders. And it’s that kind of freedom—to be whoever you want to be and do whatever you can—that leads to great things.

With a new focus on well-being, many patients become proactive in how they take care of their skin and new look. Sometimes we call it getting the skin “in shape,” just like you would your body. When people pay more attention to skincare it can also lead to a new awareness about what’s underneath.

In fact, sometimes before or after a treatment, Dr. Smith will notice a potentially pre-cancerous concern. That’s something that many times he can treat right in the office with an advanced laser procedure, which gently removes basal cells or other issues that could lead to more serious issues in the future.

Applying a healthy mindset to all parts of life

In that way, the whole Smith Cosmetic Surgery team becomes an advocate for the patient’s well-being. Embracing a renewed sense of appreciation for the face, skin and general health, the patient and the plastic surgery team work together to support good health for a lifetime.

Likewise, since a majority of facelift patients are middle-age and above (although the trend is certainly skewing younger each year), often we see women and men who benefit from facial plastic surgery on a whole other level.

For example, patients in their 50s or 60s can find themselves single due to divorce, death or other circumstances. The shock can take a toll. It can feel like starting all over again in the dating scene, which can be a scary for people who were previously in long-term relationships.

Plastic surgery has a unique way of giving people confidence they didn’t even realize was inside. We can’t even count the positive patient stories following a beautifully natural facelift with Dr. Smith. Often our patients go on to uncover exciting and powerful new relationships with others.

But it all comes back to a renewed sense of self-esteem and fresh focus on healthy living. And if facial plastic surgery is the choice that puts people on a new trajectory to healthier, happier, longer lives, we couldn’t be in a better, more rewarding business.

Maybe it’s time to take the next step toward finding the right procedure for where you are in life. Give Smith Cosmetic Surgery a call today at 303-741-2211 or contact us online to schedule your complimentary consultation. Otoplasty, or cosmetic ear surgery, can correct physical flaws brought on by injuries and enhance the shape and structure of the ears to give them 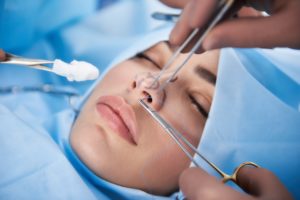 What Percentage of Nose Jobs is Successful?

Before you get any medical procedure, it’s always best to first know the success rate of the treatment. This post will cover the success that